What Is A Habit? (Definition, Facts & Guide)

14 Quotes on Habits by Aristotle that will Increase your Productivity

14 Quotes on Habits by Aristotle that will Increase your Productivity

Are you aware of the actions you do repeatedly? If you are aware, these actions might be your habits. A habit can be immensely important in our life, as it can determine our accomplishments. I wanted to know more about habits, so I decided to start with the simplest of question – What is a habit?

What is a habit? A habit is a behavior that is repeated regularly. This behavior can be an action, a routine, or a lifestyle.

Though a simple idea, as described, a habit has many important details and aspects that you should know about. In the rest of this article, I will share with you about my findings on them.

Definition Of A Habit

When looking at a habit definition, I came across a more technical explanation of it from the Meriam-Webster Dictionary:

“A behavior pattern acquired by frequent repetition or physiologic exposure that shows itself in regularity or increased facility of performance.”

From this definition, we can interpret that a habit is a behavioral pattern that can be developed through frequent repetition. Additionally, we can utilize habit formation to improve our performance for the behavioral pattern we are repeating.

Another definition of a habit comes from MacMillan Dictionary:

“Something that you do often or regularly, often without thinking about it.”

This definition is slightly different from the Meriam-Webster Dictionary definition. It includes an added idea of internalizing the behavioral pattern, such that you can do it without any conscious thought.

Knowing the definition of a habit can help us understand the intended objectives of habit formation. It also provides us with a good reason to curate our daily habits for optimal performance towards our goals.

When forming a habit, we need to identify three things:

What is it that trigger the habit? This can be such as a morning wake-up routine, which is triggered by your alarm clock. Upon hearing the alarm clock ringing, you are triggered to wake-up from your bed then proceed into a set routine.

All the habits will have some form of trigger, whether the trigger is obvious physical cues, or less obvious mental cues. And, you might need to think more deeply to identify a less obvious trigger.

Trigger exist to both limit and initiate a habit. This is the nature of a habit. Else, if there is no fixed trigger, you will be randomly engaging in a habit. Such a random situation would be worrying.

Thus, when you begin to form a habit, you should become aware of the trigger. It will help you to appropriately initiate a habit, as you want to.

After you performed a routine (your habit), there will be an outcome. You might expect your outcome to be a regular task completed. This regular task can be as simple as the habit of brushing your teeth in the morning. The outcome is you having beautiful white teeth from the habit.

The outcome from a habit can also be more complex. Some outcomes might be difficult to monitor and gauge. For example, a broader habit of eating healthy, which will be difficult to monitor and gauge. Imagine, you always eat fruits, as part of the habit of eating healthy, but how much improved health does the eaten fruits contribute?

A healthy outcome will be difficult to gauge. You will not know whether healthy is determined by physical and/or emotional wellbeing. This is a complex outcome.

When you consciously form a habit, consider carefully the outcome your habit will achieve. Keep your outcome as something measurable. So, it will be easier to track the performance of your new habit.

As needed, with the carefully thought outcome, you might need to alter the routine to align with the objective of your outcome.

Time Required To Build A Habit

After you have developed a habit, you need to put in the time to regularly follow it. Once you spent time repeatedly on the habit, it will become your second nature. Sometimes, you might not even need to consciously think of the habit you are performing. It will happen without your conscious thought.

To achieve a well-established habit in your life, it is said that it will take at least 21 days. You can approximate this to about a month of regular repetition.

However, the time taken for building a new habit can fluctuate greatly. This depends on the nature of the habit itself. If your habit is simple and can be repeated quickly within a short timeframe, it might take shorter to establish the habit. Otherwise, if your habit is more complicated and require a lengthy duration to do, it might take longer than 21 days.

Changing Or Removing A Habit

Are you looking to change a habit? Good news! It can be done.

With your answers to the above questions, you will be able to identify clearly the stage of habit you want to change. Knowing the stage that require changes will let you effectively strategize a change.

If it is a new outcome you seek, you will need to decide what new outcome the habit needs to achieve. Then, you will likely need to make adjustment to the routine as well.

For certain good habits, you might be thinking of doing more of it. This can be easily added by new triggers. The addition of triggers will help to prompt your routine. Therefore, you will do more of the habit.

Do you have a bad habit that you want to get rid? If you are looking to get rid of a bad habit, the easiest will be to target the trigger part of a habit. In this case, you could simply avoid being in an environment or situation that might trigger your habit. Easily, you can avoid the habit.

Importantly, when changing or removing a habit, it will take conscious effort and time. You will need to be patient. Actively remember the change to your habit, and to do the habit when triggered. Likewise, if you are removing a habit, remember to actively avoid the habit’s trigger. This can be avoiding an environment or getting yourself into specific situations.

How many types of habits are there? Habits can be grouped into three broad categories. Broadly, if the habit uses muscular effort, it is considered a motor habit. If it requires mental effort, such as intellectual ability, it is an intellectual habit. Lastly, if it is a habit ingrained in our personality, it is a habit of character. 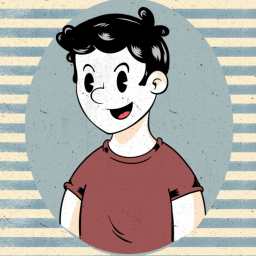 How To Encourage Your Baby To Talk (9 Tricks)

How To Improve Memory And Recall?