What Is The Sensorimotor Stage Of Development?

How Do I Promote Healthy Child Development?

How Do I Promote Healthy Child Development? 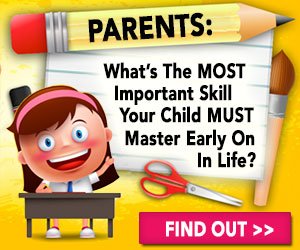 The sensorimotor stage of development is important phase of an infant’s cognitive development. While lasting only two years, it marks a critical milestone of an infant’s development. As an educator, curious parents have asked me about it. Personally, I wanted to provide parents with a clear idea of the sensorimotor stage, so I did some research. Here, I will present to you the facts and ways to utilize this knowledge to provide the best growth experience for your developing child.

Knowing the surface information of sensorimotor stage is not enough. By digging deeper, we can learn to identify critical cognitive behavior and facilitate an infant’s healthy development. Familiarity with this stage will also help caregivers better provide for infant’s needs.

Jean Piaget is a supporter of the 4 stages of cognitive development that are categorized by age. He believes that infants are dependent on both their senses and motor abilities. Thus, according to Piaget, together these two factors, sensing and motor, greatly influence the start of an infant’s cognitive development.

We can observe the development of infants for ourselves. You will observe that their growing perceptions about their environment are based on their senses and physical interaction with the world. For them, objects only exist when they are experienced by their senses. Their senses are already functioning at birth, and they combine them with their developing motor abilities. From here, we can notice that infants begin to interact with objects by shaking, grasping and tasting.

To better understand the sensorimotor stage, we will need to have a good understanding of its substages.

At 0 to 1 month old, an infant will start to connect with the environment through inborn reflexes. These include looking and sucking. According to Piaget, the sucking of objects, following moving objects, and closing of hands or palmar grasp are the three primary reflexes an infant will demonstrate at this substage. For example, when something brushed against an infant’s face, the infant will suck towards that direction.

This stage happens from 1 to 4 months. In this stage, children start to make coordinating sensations and new schema. For instance, children thumbsuck when they happened to suck their thumbs. This is the reason why thumbsucking is common among infants.

At first, they find pleasure in doing it, and this leads to having the tendency to intentionally and repeatedly do the thumbsucking. The other activities which the babies do in this substage are not any more reflexes, but they are actions that give them pleasure, and these include wiggling of fingers and kicking of legs.

Children experience the secondary circular reactions substage when they are 4-8 months old. In this substage, children are more focused on their surroundings and would start to do actions to have a response. An example of this is when a child picks up a toy and puts it in his/her mouth.

Grasping for objects, differentiation between means and ends, and the secondary circular reactions are three new activities in this substage. These new activities are observed when we see children grasp the air to get the desired object. Their hands grasp to the direction of the object that interests them.

More so, the secondary circular reactions are more evident because this stage is also known as the development of habits. In this stage, children tend to repeat actions when they get pleasurable results from it. Also, it is in this stage that their logic starts to develop as they have the idea about means and ends.

When the child is 8-12 months old, s/he is in the Coordination of Secondary Circular Reactions. During this substage, intentional reactions start to show, and the child can already combine schemas to get the desired effect. In these months, children explore their environment and tend to imitate the behavior of other people.

Also, children in this stage begin to understand that objects have their specific qualities, and they vary in many ways. Just like the toys that they have, some can produce sound, and others are soft or hard, smooth and rough. This is where coordination of vision and touch or hand-eye coordination happens. Piaget called this substage as the ‘first proper intelligence’ stage.

At 12-18 months, children start to understand the concept of trial and error. This is evident when they try to make different sounds in getting the attention of the mother. Piaget described the children in this stage as the ‘young scientists’ who are striving to find new ways to meet challenges. This is the stage where their curiosity is moving to the next level.

In the last substage, the child is already 18-24 months old. Symbolism is the distinct feature of Mental Combination Substage where the children start to understand the world around them through mental operations. In addition, this is the time children begin to develop their insights and creativity. This substage is also the transition to Preoperational Stage.

Object Permanence in the Sensorimotor Stage

When children are in the sensorimotor stage of cognitive development, object permanence is their main goal. This is the most significant accomplishment in this stage. This means that children begin to understand that objects exist even if they are not seen or heard.

This is what happens when an adult plays peek-a-boo with a child. The child tends to be shocked upon seeing the face of the adult for s/he thought that it had vanished when the face was covered. With this example, it really shows that children during this stage rely on their senses.

Another example is when a toy was covered by a piece of cloth. A child whose object permanence is not yet developed will already lose interest with the toy, on the other hand, a child with the concept of object permanence would look for the toy and take away the cloth that covered it.

Sensory play contributes to the development of object permanence. Therefore, it is important for children to have a stimulating environment that’s a good foundation in their cognitive development. There is actually no need to spend that much to provide them an environment that will make them inquisitive.

The following are the activities that will make children develop object permanence:

Children who start to develop their object permanence enjoy this game because the persons or objects are hidden and then revealed.  This is done by covering the face with hands, blanket, or other available materials. Children will eventually learn how to play the game by initiating to cover their faces.

As children explore the sensorimotor stage, they would enjoy having container play. This play helps them develop object permanence and cause-and-effect thinking. Recycled containers of different sizes, shapes, and color can serve as their toys.

The sensorimotor stage is the foundation stage of the mental or cognitive development of children. It is during this stage that they are beginning to explore the world they live in. As adults, we should be familiar with this stage, together with the substages, so we get to respond to their needs and understand their actions. Our familiarity with this stage would affect the quality of care that we can provide to them.

What is the next stage after the Sensorimotor Stage? The stage after the sensorimotor is the Preoperational Stage. The major development in this stage is the capability of the child to begin thinking symbolically and to use pictures and words to represent the objects around them.

How To Improve Memory And Recall?

10 Benefits of Writing Notes by Hand